Know the most watched video here! 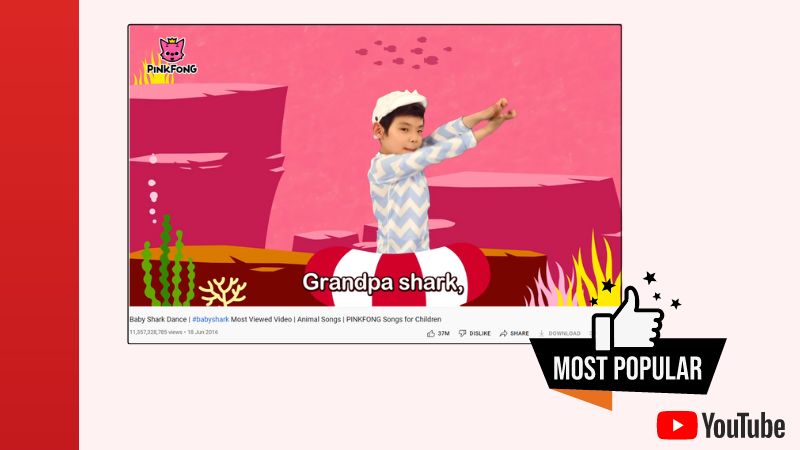 If you are wondering what is the most viewed video on YouTube, then let me tell you, answering this question is very hard. Because things like video views fluctuate over time. However, if we talk about the current most watched video, then the answer is Baby Shark Dance (by Pinkfong)

In this blog, we will talk about what is the most viewed video on YouTube and how it is got famous! 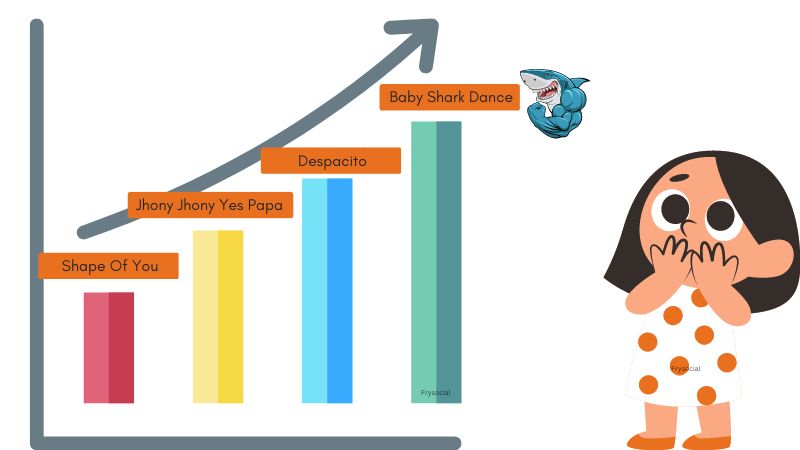 Earlier, the Despacito song was the most viewed video on YouTube. However, as we mentioned, video views fluctuated over time, and later, the Baby shark dance became the most watched on YouTube. But, we believe you should know more, and that’s why we mention the top YouTube video with the most views.

You would be thinking, why this video is so famous? What is so special about it? Right? The Fact is Baby Shark Dance video was the normal video before Pinkfong got their eyes on it and made their version of the Baby Shark Dance.

However, this wasn’t the turning point of the video; it was when popular Korean brands like Red Velvet, Girls Generation, and Black Pink started the Baby Shark Dance challenge on the internet.

Top 10 Videos That Has The Most Views On YouTube

Once we mention the top 10 videos, you will know who has the most views on YouTube.

The video’s sequence can change anytime, so trusting this forever won’t be a good idea! However, if you search for what YouTube video has the most views, you might get little changes in the list because sometimes the answer also depends on the searcher’s location.

Q2. What Type Of YouTube Videos Get Viewed Most?

If you have a YouTube channel and you wanna grow it, you should know what types of YouTube video can get you more reach. And here is the list of top YouTube video categories you must check out!

Q4. What Song Has The Most Views On YouTube?

Q5. What’s the most viewed gaming video on YouTube?

So, if you are a gamer and want an answer for what the most viewed YouTube video in gaming, Minecraft has the most videos on YouTube.

So, now you have the answer to the question of the most viewed video on YouTube. It is the Baby Shark Dance by Pinkfong, which got popular in 2017. Since this year, it has been booming on YouTube after surpassing the Despacito song.

However, the most watched YouTube video is never constant; it faces ups and down throughout its journey. So the video, which is in the third position today, can be the first tomorrow!